As one of the biggest contributors to emissions and where there has been limited success in reducing these emissions, transport remains a focus sector for decarbonisation. Whilst there has been a focus on the development and roll-out of electric vehicles using battery technology for personal vehicles, there has been little development in the decarbonisation of heavy transportation such as heavy haulage, buses and ships. In these sectors battery technology does not yet provide a feasible route to decarbonisation where such vehicles typically need to travel long distances with little stoppage time. Hydrogen as a fuel is more energy dense and refuelling can be completed in a similar time scale to existing fuels. The aircraft industry is another heavy polluter which is struggling to transition to a low carbon environment, and hydrogen has the potential to make significant in-roads into decarbonisation of the sector.

A transition in these industries to the use of hydrogen is closely linked to the production of green hydrogen and could support the expanded production of green or blue hydrogen (as discussed above). However given the cost of transition to hydrogen powered vehicles, there would likely need to be financial incentives to industry to invest in a technology that will undoubtedly be more expensive than 'conventional' technology in the near to mid-term.

Whilst public sentiment supports climate change action in general terms, additional consumer costs are unlikely to be popular in reality. Whilst change in these sectors is undoubtedly required it is likely that the changes will be longer term.

The railway sector is another area where hydrogen can offer a competitive de-carbonisation alternative to electric since electrification of the entire rail network may not prove cost effective. Hydrogen, by contrast, can act to replace diesel and, for the most part, fit around existing infrastructure. There are currently two hydrogen trains in service in Germany and a prototype train in the UK, so the technology is available. However, large-scale deployment will require significant investment. Some manufacturers argue that battery can offer a competitive solution also for some routes. Ultimately once the technology is proven, the financing structures currently in place for railway investment and rolling stock could be adapted for hydrogen and battery trains, although currently there is limited incentive for train lessors and operators to make the sizeable investment. 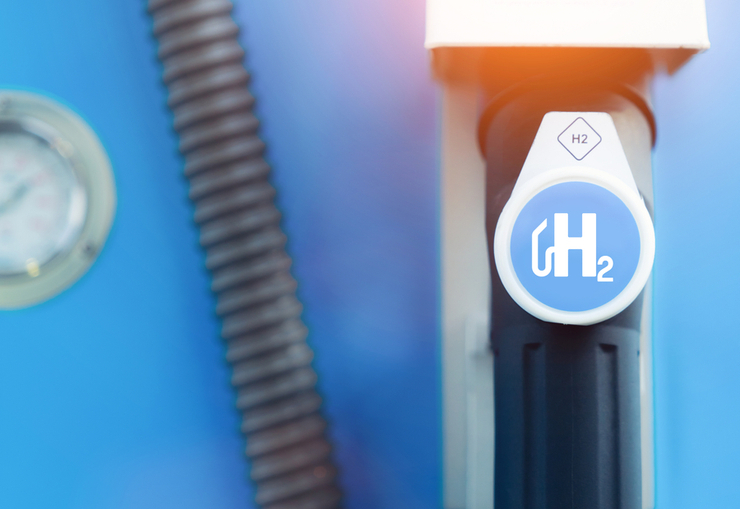 For personal vehicles, Electric Vehicles (EV's) have to date taken the market share of low carbon vehicles in Europe, and large investments have been made not only in EV technology but also in the charging infrastructure which has multiple economic models which could be suitable for bank financing. Outside of Europe, countries such as China and Japan have shown an interest in large scale roll-out of hydrogen fuel cells for personal vehicles; China has announced more than USD 17bn worth of investment plans through to 2023 and the Chinese government anticipates 1m fuel cell vehicles to be on the roads in a decade. At this stage, there is still much uncertainty as to how this will be rolled out, particularly in Europe, with some arguing that electric will take precedence and others believing there is a space for both.

Discussions on potential financing structures of hydrogen refuelling stations (HRS) are well underway in Europe as fuel cell electric vehicles (FCEVs) are anticipated to play an important role in the de-carbonisation of EU member states. In a study conducted by the 'Fuel Cells and Hydrogen Joint Undertaking' it is largely accepted that the HRS roll out could not be immediately bankable given cash flows are unlikely to meet annual debt service coverage ratios and public financing cannot provide enough of a buffer for commercial debt. One financing structure suggested would involve an initial period of debt provision from a government related or development banks such as the EIB or KfW. Once the network has been operating without issue for several years, and assuming sufficient hydrogen demand is established, a solid risk mitigation concept is in place, and there is a realistic business plan for further network extension, then there could be the ability to access loans from commercial banks.