Helping clients' to adapt to a changing business environment as a trusted and proactive partner is central to our work. We are proud that our work on Jazan Gas Projects received recognition across the industry.

A prime example is the development of the Jazan Economic City near the Red Sea which Saudi Arabia have targeted as an opportunity to invest and develop.Within large-scale oil refinery, Saudi Aramco (Saudi Arabia's state's oil company) sought to construct one of the world's largest integrated gasification combined cycle (IGCC) power plant to provide additional electricity and which would utilise the refinery's by-products.

As part of the development of the IGCC project, Saudi Aramco required the development of an Air Separation Unit (ASU) to provide industrial gases to both the refinery and the power plant. Upon completion, this unit would produce 55,000 tonnes of nitrogen and 20,000 tonnes of oxygen per day - making it one of the world's largest ASU, and one of the world's largest industrial gas project.

ACWA Holdings from Saudi Arabia and Air Products & Chemicals from USA were awarded the rights to develop, build and operate the ASU under a 20yr nitrogen and oxygen agreement with Saudi Aramco. The project cost would be in the range of $2.1bn and require debt in the range of $1.75bn, with a desire that the debt would be a flagship financing for the region by being 100% Islamic. In so doing, Acwa Holdings and Air Products & Chemicals would be part of writing the next chapter in the ongoing economic development of Jazan Econmic City, and Saudi Arabia. A project of this complexity and magnitude is testimony to the growth of Saudi Arabia national economy through strong partnerships with the private sector and contribution towards Saudi Vision 2030.

MUFG, as one of the mandated lead arrangers, played an important role in ensuring the successful completion of this complex and multi-dimensional project financing which closed on 30th June 2015.

Given the desire for use of Islamic debt structure, the financing was structured using a conventional istisina-ijara,wakala-ijara and murabaha in a single project finance structure, which made the transaction the world's largest 100% Islamic project financing.

In order to deliver for its clients, the Jazan Gas Projects financing required MUFG to use its global network.

It relied on a seamless network of MUFG's project finance team in Europe, its Islamic Finance teams in Dubai, Malaysia and Labuan to develop a funding structure which would be wholly Islamic finance compliant – a truly global team effort to support the Riyadh based client.

Jazan Gas Projects was a flagship transaction for the Middle East, which has won wide recognition across the industry.

MUFG was also awarded Best Islamic Project Finance House 2016 at the highly prestigious Global Islamic Finance Awards in Indonesia, in part due to its contribution to the Jazan project.

Industry recognition aside, the completion of this transaction reflected MUFG's core values to act as a proactive and trusted partner, delivering a complex solution to meet its client needs. 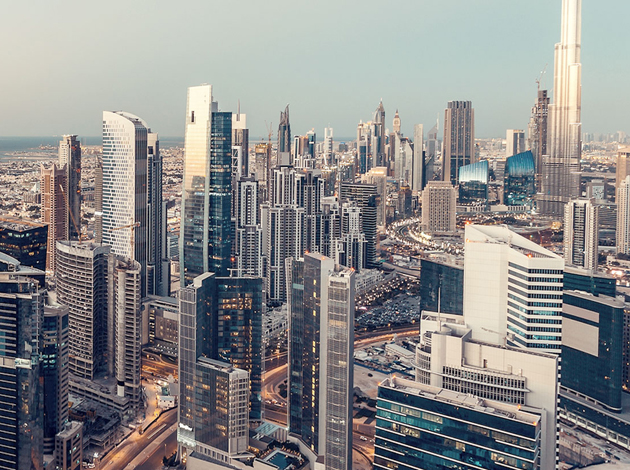