Part seven of our Low Carbon Financing Series, where we look at the most promising solutions for moving to a net-zero economy

In June 2019 the UK became the first G7 nation to make a legally binding commitment to reaching net zero greenhouse gas emissions in order to honour commitments made under the 2015 Paris Agreement. The commitment was to do so by 2050.

Statistics published by the Government in March 2020 report that in 2019 the UK's greenhouse gas emissions were 45% below 1990 levels, demonstrating that significant progress has been made on the path to decarbonisation. However, in contrast to energy supply, for which an estimated reduction of 63% of CO2 emissions has been achieved since 1990, emissions from transport have fallen just 5%. As a result, the transport sector has been the largest contributor to the UK's domestic GHG emissions since 2016, overtaking the energy sector.

In that context, the UK Government is due to publish its Transport Decarbonisation Plan ahead of COP26 in Glasgow November 2021. Consistent with the Road to Zero strategy paper it published in July 2018, this is expected to reiterate the importance of transitioning road traffic to battery electric and other low emissions vehicles. This is not only to reduce greenhouse emissions but also to address the harmful levels of noxious emissions inhabitants of many towns and cities are exposed to.

It is also in keeping with a broader global uptake of electric vehicles (“EVs") and a systemic shift that is underway in the automotive sector. The International Energy Agency reported that the number of EVs continued to expand rapidly in 2019, reaching a total of 7.2m worldwide, up 40% on 2018. Europe was the second largest (after China) EV market in 2019 with new sales representing 3.5% of total annual car sales. Whilst this proportion is still low (when measured as a total proportion of the vehicle market), year on year sales growth increased to 50% from 32% the previous year. The same accelerating growth trend is being witnessed in the UK, where 3.1% of new vehicle sales in 2019 were EVs according to the Society of Motor Manufacturers and Traders. Looking to the future, BloombergNEF forecast that EVs will hit 10% of global passenger car sales by 2025, 28% by 2030, and 58% by 2040.

The acceleration in EV uptake observed in recent years is attributable to a number of push and pull factors. Governments are creating a supportive regulatory environment through both financial and non-financial EV purchase incentives. Significant progress has also been made in terms of reducing the overall cost of EVs, steadily breaking down the affordability barrier to mass uptake. This decline in cost of production is closely linked with the decline in cost of batteries and the ramping up of EV supply chains. The acceleration in EV uptake is also driven by (or at least is becoming less prohibited by) widespread availability of charging infrastructure.

One of the key barriers to EV uptake to date has been insufficient coverage of EV charging infrastructure and the associated 'range anxiety' that deters drivers from switching away from conventionally fuelled vehicles. That is why the UK Government put the vision of current and prospective EV drivers being able to 'easily locate and access charging infrastructure that is affordable, efficient and reliable' at the centre of its Road to Zero strategy paper. Interoperability across these networks is also important, with the Government wishing to protect the interests of the consumer, recognising that having multiple subscriptions and multiple charging cards is not practical and will not lure the mass market of drivers into making the switch.

Another key barrier has been the relative scarcity of choice of models available to drivers when looking to purchase an EV. However, the doubling over the last 2 years of the number of plug-in vehicles eligible for the UK Government's Electric Vehicle Home Charge Scheme is evidence of the rapidly expanding number of EV models available on the market. Importantly, with declining battery prices, more and more models are coming to market at the affordable end of the pricing spectrum. Vehicle manufacturers were already being ushered towards EV production by tightening emissions standards, but the transition is being accelerated as more and more countries introduce bans on new petrol and diesel vehicle sales at specific dates in the future. In the UK, the date was originally set at 2040 but subsequently brought forward to 2035. In November, the Prime Minister announced that it will be brought forward further still to 2030 as part of a wider 'Green Industrial Revolution' initiative.

With significant progress being made in terms of consumer choice and affordability, the onus is all the more on the deployment of a charging infrastructure network with nationwide coverage to pave the way to mass EV uptake.

In line with the UK Government's push to accelerate the move to EV, there is a sense that the regulators will be keeping a careful eye on how the market develops. From a regulatory perspective there has been relatively limited legislation put in place to facilitate the roll out of EV Charging, but there is scope for Ministers to provide regulations where they feel the market is not developing holistically, including via the powers afforded to them by the Automated and Electric Vehicles Act (2018). In that context it is particularly interesting that the Competition and Markets Authority recently announced an inquiry into the EV charging market in the UK to ensure that motorists are treated fairly both now and in the future. The stated aim is to instil confidence and provide support to the industry as it moves forward. Clearly, this will be a delicate balancing act in a sector that is still finding its feet.

We recognise that responsibility for decarbonisation and achieving net zero rests not only with governments but with all members of industry and society. In that context, we investigate in this report what role investors and lenders are playing (and could play) in facilitating the deployment of EV charging infrastructure in order to expedite the electrification of the transport sector. 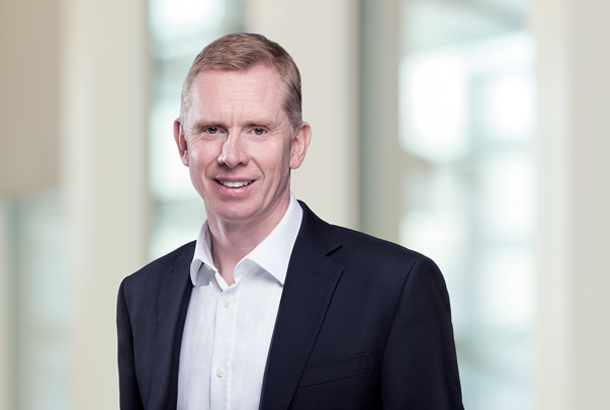