Carried out in the face of a challenging geopolitical and business environment, we are proud to have worked on the first US denominated samurai syndicated loan in Turkey. MUFG has fostered a close relationship with Brisa, a joint venture between Bridgestone and Sabancı, since 2014 through its Turkish subsidiary, by leveraging global relationships with Bridgestone group and partly due to its status as the only Japanese bank operating within the country.

Turkey has weathered an escalation of volatility in recent times, creating a challenging environment for businesses to thrive. While a number of international investors and financiers have been hesitant about Turkish investments, this doesn't apply to MUFG, who continuously and proactively supports clients' financing needs in Turkey.

Brisa is based in Turkey, and widely recognised as one of the world's most successful Japanese-Turkish joint ventures between the world's leading tire manufacturer Bridgestone and one of Turkey's largest conglomerates – Sabancı's Lassa brand. Brisa manufactures and sells a wide range of tyres to meet domestic and international demand, under the Bridgestone and Lassa brands. They are the biggest tire manufacturer in Turkey and the sixth largest tire producer in Europe.

Looking to expand its business, Brisa sought financing for capital expenditure of its Aksaray factory. In order to diversify the funding source MUFG proposed a syndicated loan with competitive pricing from the early stage of the deal, but a rigorous negotiation and execution process which coincided with a period of increasing political tensions and security concerns meant that investors were increasingly uneasy with risks at stake with Turkey.

Despite critical concerns around the escalating political climate, MUFG collaborated closely with investors and Brisa to push the deal to close.

With MUFG's support, Brisa successfully signed a debut seven year amortising US $160m syndicated term loan facility – the first US denominated samurai loan in Turkey. MUFG's core banking unit in Turkey acted as the exclusive coordinator, bookrunner and facility and documentation agent on the deal, as well as acting as the major lender on the transaction.

The transaction secured a very successful outcome, going so far as to surpass the initial expectations of Brisa. Through this financing, Brisa gained access to an additional pool of liquidity, as well as diversifying their investor base.

The diversified funding sources provided a great deal of reassurance for the client. Bridgestone and Sabancı were grateful for MUFG's capability to execute the syndicated loan in the face of an extraordinary political climate.

Brisa has delivered a strong track record of growth in recent years. Its products are now available in more than 60 countries worldwide and the company is expanding production capacity, making it well positioned despite the challenging regional geopolitical environment. MUFG was delighted to provide a solution at this important juncture in the company's growth story.

"While Turkey faces important developments and fluctuations, that we can continue to invest in the growth plan of our company is a significant message of confidence within the country.

As well as being one of the leading financiers in the region, MUFG's decision to trust in Turkey and Brisa despite current conditions is truly encouraging. We are always happy to know that MUFG is at our side as a long term partner, bringing experience, consistency, and integrity." 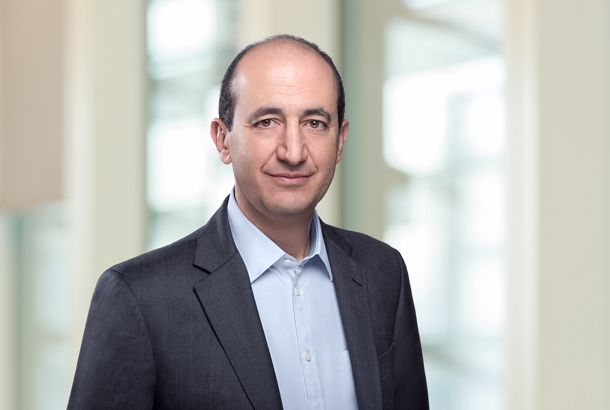 We simplify and streamline clients' loan facilities, while reducing risk and cost